Overhead cameras and projectors are fitted to many Aeronaut cutting systems for several different purposes. Modern digital SLR cameras are falling in price and increasing in performance to the point where an overhead camera is the cheapest and quickest way of doing many tasks which previously were done with digitising tablets and pucks.

Although it is fairly easy photograph and trace a pattern with a digital camera, there's a little more involved if you want accurate, square patterns. Aeronaut's SiliconEye software automatically calibrates a camera/mount/lens combination to remove distortion from the lens and to get the correct scale.

Once you have an accurate image, there are several things that can be done with it. The image can be used for interactive nesting to position patterns on striped or patterned fabric. The image can also be traced to digitise patterns so they can be archived or used directly for cutting. 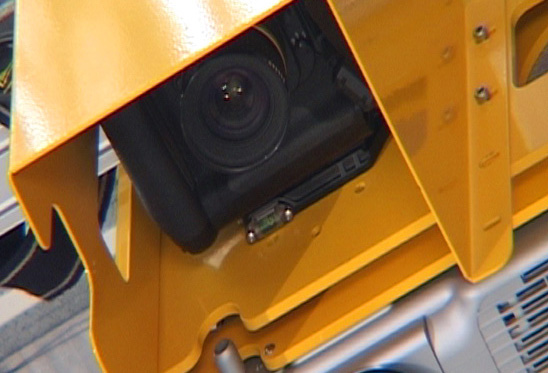 Photographing and auto-tracing digitised patterns is the fastest way to get patterns into digital format. Each pattern might only take 10-15 seconds to digitise and if it is possible to fit more than one pattern on table, multiple patterns can be scanned in the same time.

This process can be used on new patterns where workers prefer to make paper templates of objects as various as seating, boat covers or swimming pool steps. It can also be used to digitise wood, cardboard or paper patterns. Once patterns are safely digitised, they can be archived off-site and the originals destroyed, freeing up factory space and reducing a substantial fire risk. 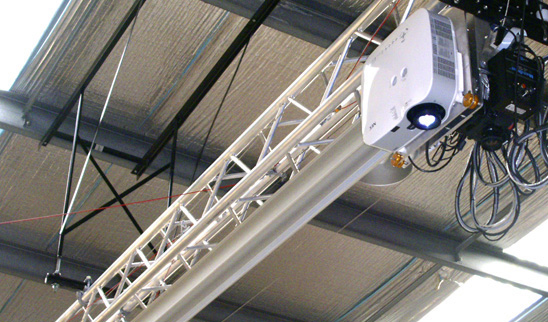 Overhead camera/projector rigs can be simple systems hung of the ceiling or a nearby wall or off a goal-post over the table. Overhead rigs can also be mobile systems where the camera/projector system is moved manually, or under software control along the table so it is overhead each cutting station on a multi-bay table.