Aeronaut's Hypergrinder is a special purpose attachment for sanding or grinding the surface of hypalon fabric used in the production of RIBS and high quality inflatable boats.

Before Hypalon is glued, the top surface of the fabric needs to be removed by sanding the surface. This used to be a very messy and time consuming process and contributed to the expense of manufacturing this type of boat. The Aeronaut Hypergrinder can sand or grind an even and accurate path up to 50mm wide in one pass, so large areas of fabric can be treated at a very economical speed with a finish which is more consistent than with manual grinding. 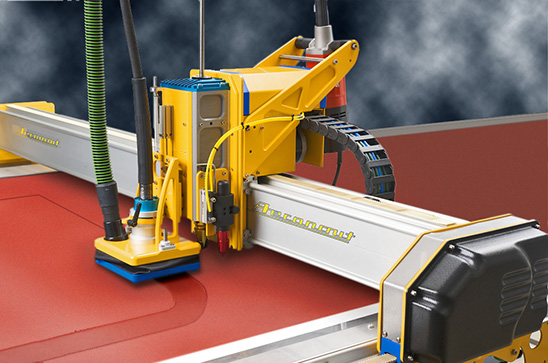 Factories with Aeronaut Hypergrinder machines have reported well over 400% productivity increases. Cutting and marking times are reduced by 50%. Accuracy is doubled, but more importantly, the time taken to buff or sand is reduced by 400%. Where previously, four workers were used to sand the hypalon parts, there's now only one machine operator and they spend only part of their time setting up the machine.

Customers have found that the Aeronaut Hypergrinder is not only twice as fast as manual cutting and twice as accurate, but it's also four times faster than manual buffing or grinding of Hypalon. Typically, an Aeroonaut Hypergrinder can to the work of more than four people freeing them up for other work. 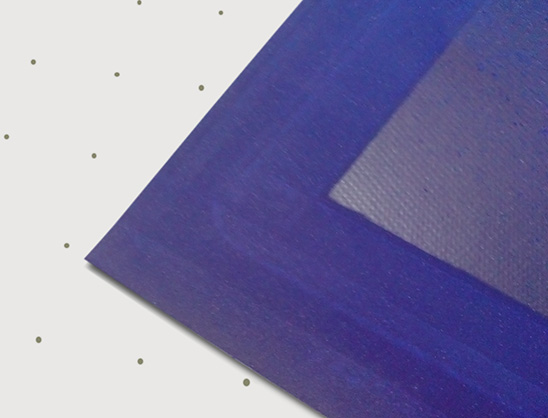 To get the best finish, grinding or sanding pressure is set in software and indexed to the speed of the machine, so the finish on the start and finish of a path as well as on corners and curves is accurately controlled.

A wide range of standard rubber grinding tools can be fitted to the machine.A dust extractor is fitted to the grinding head so clean-up after the job is minimal. 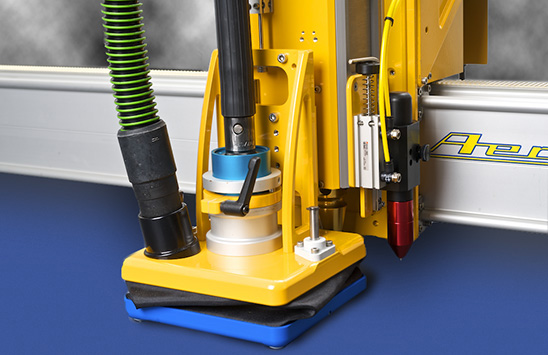 The Hypergrinder attachment is electrically powered, and is quiet and economical to run. The Elektron Mono automated cutter is fitted with a heavy duty cutting head with Cam-lock tooling. Higher than normal cutting pressure is often needed to cut the very thick materials used on the base sections of inflatable boats. The most common cutting tool is a 28mm roatary blade, and a special low friction "mushroom" tangential blade tool has been developed for cutting smaller shapes in Hypalon. 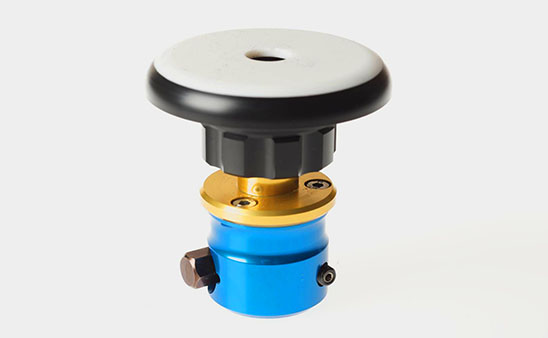