Aeronaut has been in existence since 1987, starting out as Aeronaut Sails, a sail loft specialising in sails for short handed sailing in monohulls and multihulls.

After getting our first plotter, we were fairly unhappy with the software we had bought from the plotter manufacturer to plot general patterns. Sail panels were a breeze to plot, but sail numbers! A complete nightmare. We wanted to use our plotter to plot everything we could, and to make this possible we had to start writing our own software. Fairly soon we were not only selling this software, but sail design software as well, and to support local sailmakers, we were importing and selling plotters.

The plotters we were importing were OK, but the technical support was poor and the plotters often arrived broken. So we started making our own. Back then, most sailmakers were happy with just a pen plotter, but after the thrill of plotting wore off, most were keen to get into cutting. A sailmaker who had bought one of these early plotters from us,Bruce Hollis from Concept Sails (now Ullman Sails Sydney) asked us to make him a cutter rather than buying an imported one. He sent a deposit cheque. So we started making cutters.

"The cutter incorporated a few unique features, and was a durable, accurate and powerful machine."

We sold 6 cutters off the first prototype in as many weeks. Three were to sailmakers and two of the machines were over 4 metres wide, one of these being the first real D4 machine for making string sails.

In these early days we had a lathe and a mill in the kids bedroom (aka "the prickle-foot room") then later in a workshop under the house with three of us working on electronics, machining and admin and an almost perfect Bezzera espresso machine. Working this way, we had low overheads, but big machines were a problem. We made the first 7.5 metre yarn layer for D4 string sails about then, and the only way to get it on the truck was through the bushes and into the next-door neighbours garden.

In the end, it was the increasing number of vacuum tables which forced us out of the house and into a factory unit.

Our first factory was followed by explosive growth... a year later we bought a second factory... on 12th of September 2001. Not an auspicious day to sign a lease! Within a year we were renting a third factory unit. We had enough staff to force us to get a proper La San Marco single group espresso machine. Along with the improvement in coffee, the quality of our product continued to improve, with 95% of our components being made in-house.

We had two Multicam flatbed CNC routers with tool-changes, a $250,000 Graziano 5 axis CNC machining centre and more than two tons of extrusion stored on the premises. (By the way, almost 100% of the extrusion used on our plotters and tables is designed by us, and extruded from our own dies.)

In late September 2004, we bought a stand alone 1050 square metre factory on a 2850 square metre block in Terrey Hills wih offstreet parking for more than 20 cars. It was in great need of repair when we took it over. We tore out the entire front of the building, replaced the roof and built a new office, showroom and R&D area. There are separate areas for vacuum table assembly and extrusion storage, precision machining, assembly, testing, packing and shipping as well as an area set aside for fabricating the carbon beam plotters.

This new factory has the space and organisation to see us through the next few years of growth and consolidation.

The Elektron generation of plotters was started from this factory and unlike the earlier Maxis plotters, was designed from the ground up to use a lot of components which we could not have made without precision machinery. Take this part for example: 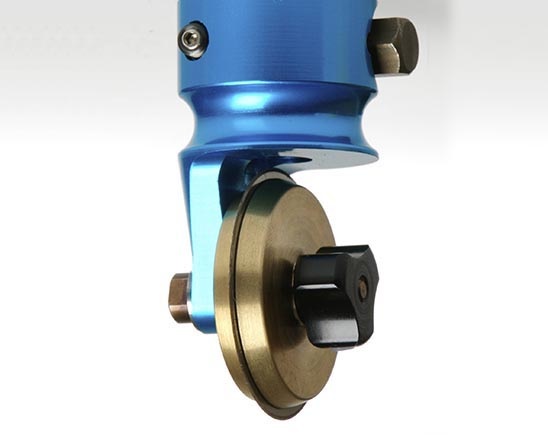 It's really important that the blade is exactly tangential to the cutting path. If you are going to have multi-axis quick change tools, it is essential that all tools are aligned the same and have the same distance between blade tip and mounting. So a component such as this has to be machined in one operation without removing it from the lathe jaws.

"The result is that all these tools index perfectly for height and blade angle and can be freely interchanged."

The next major plant acquisition was a 5 axis CNC mill from DMG. Like the CTX lathe, this machine has control software by Siemens. Maybe DMG equipment is quite good, but the Siemens software is seething with bugs and the first few months or so of working with both machines was mainly concerned with understanding the horrors of the Siemens side of the system.

Sure, everyone has bugs. The difference with Siemens is that they seem totally unconcerned about fixing them and DMG seem to have no power to move Siemens either. 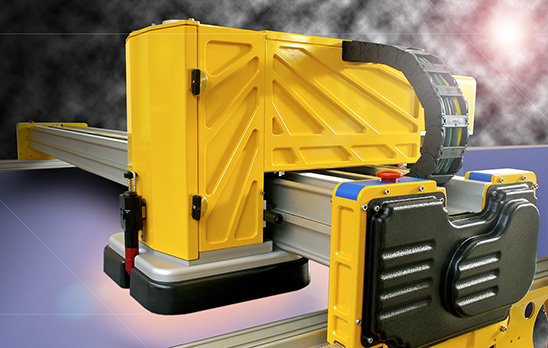 That being said, a 5 axis mill transformed our way of making parts. Not only can the machine finish machine most jobs in a quarter of the time, it can machine, drill and tap on 5 sides of most shapes. The new Elektron Mono head and the laser cutters are products of these techniques. 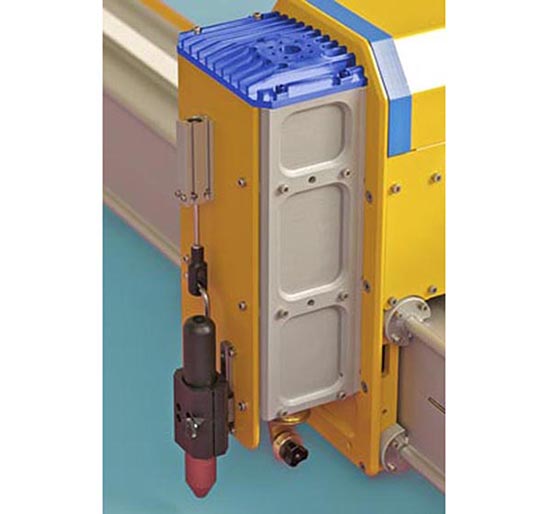