The ZT and ZP lasers for contactless cutting.

Ranging in power output from 60 to over 150 watts, these are fast, powerful and cost-effective gantry-mounted laser cutters. Based on production speed needs, customers can choose the right balance of power and performance. 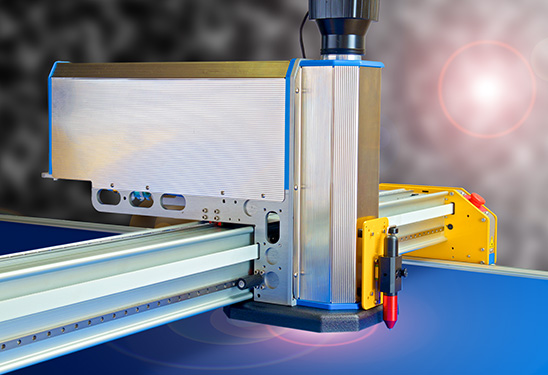 Aeronaut’s Neo laser cutters have been re-engineered to carry the latest and best lasers. All Aeronaut lasers with the Neo tag have been already redesigned and other models of lasers will be updated and delivered as a Neo design.

Higher cutting speeds. Watt for watt, the Neo lasers, especially the pulse versions, cut faster and on light materials, much much faster.

The cut zone is much smaller and cleaner with a pulse laser. This is a direct result of the pulse but also the finer beam focus point at the cut zone. Materials which might be discoloured by fumes around the cut edge with a CW laser are now very much cleaner or there is no visible mark at all.

Linear bearings are now used on the gantry of all Aeronaut lasers which enhances the fine detail work that lasers are capable of.

Laser power control through software has been greatly improved. On most fabrics, you can now reliably mark the fabric without through-cutting. Perforation with dots or segmented lines is more reliable and regular.

Maintenance is lower. Most lasers now feature purge ports and the positive pressurisation of beam path components has been expanded to include the entire beam path. This means cleaner optics and less maintenance on mirrors and lenses.

Fume extraction is better. The fume shroud is larger and better vented. An axial fan can be optionally mounted on the laser to improve extraction flow.

Pulse lasers are fractionally more expensive to buy than their CW equivalents so Aeronaut will continue to offer CW versions. In many cases, the laser tube geometry allows easier upgrades so a lower power laser can be upgraded with a new, higher power version.

The most exciting development in laser cutting in recent years is pulse lasers. Instead of a continuous beam of laser energy (CW), pulse lasers emit a series of short but very high power pulses. In fact at lower pulse rates, the power rating can be as much as 400% of the continuous power output.

This, coupled with other design and engineering changes, means that Aeronaut’s new Elektron Laser ZP Neo cutters have a lot of advantages over earlier CW designs which in many cases are much more useful than just higher cut speeds. Aeronaut's Elektron Laser ZP Neo laser cutters come in power ranges from 100 watts upwards and are all water cooled.

Elektron Laser ZT Neo cutters are continuous wave (CW) CO2 lasers in power outputs of 60, 80 and 100 watts. Using the most modern all-metal tubes with integrated electronics, they offer power, speed and great cut performance in a very affordable package. All can be supplied as air or water cooled versions. 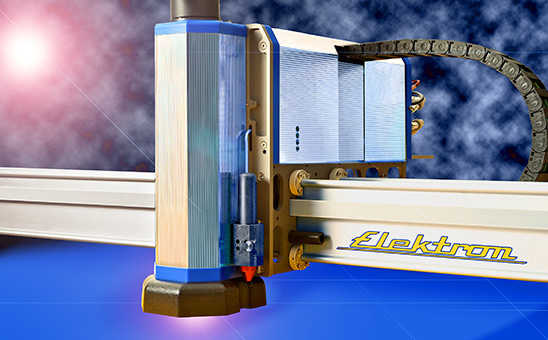 Choosing the right laser cutter for your work.

Assuming that your materials can be effectively cut with a laser, in most cases the two biggest factors are the required production speed and cost. It's worth considering that laser cutting can be a lot more trouble free than blade cutting.

Since there is no contact with the fabric when laser cutting, plotting is fast and very reliable. Laser power can be accurately controlled for marking, perforating or pinhole cutting. Cut patterns release cleanly. Nesting margins can be less than a millimetre. The result is big cost savings in time and fabric. This can free up labour and reduce the overall cost of production with a laser.

If you are already using a laser cutter, be very careful about comparing old lasers with new lasers because modern laser cutters are normally more powerful and often much more powerful that older designs. We've seen old 200 watt lasers which cut almost as fast as a modern 30 watt laser.

Aeronaut can normally offer cut speed estimates on many materials and is happy to do cut tests on ranges of materials to assess cut quality and to work out production speeds. 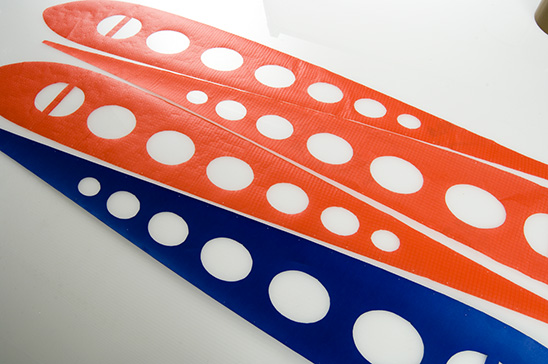 All metal sealed lasers have a very low running cost with over 54,000 hours before power decreases noticeably. Lasers can then be re-gassed for a small percentage of their new cost and returned back to as-new performance.